Racialised women are overwhelmingly overrepresented in global domestic and reproductive work, which is strongly lacking labour rights, being underpaid and undervalued. It is time the Nordic governments take action to change the situation. 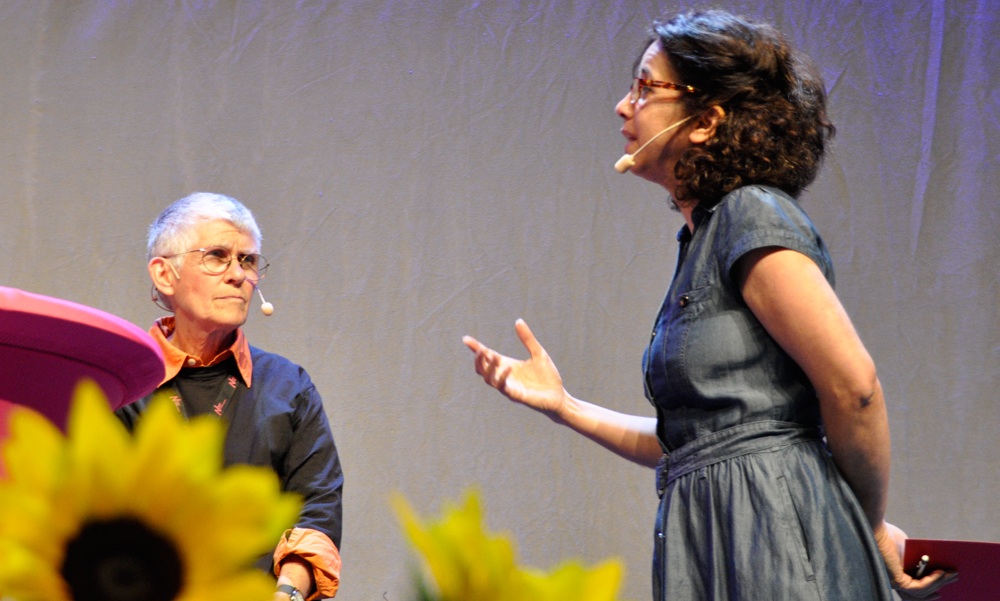 On the first day of the Nordic Forum in Malmö, the MiRA Resource Centre’s Director Fakhra Salimi applauds the challenges and demands presented by speakers on “Feminism in Labour”. The Centre presents three recommendations to the Nordic governments.

During the session, feminist Cynthia Enloe from the USA emphasised the global trend that more and more women make a living out of scrubbing other people’s bathtub. Women from countries like the Philippines, Brazil and Mexico travel to other countries and work in other people’s homes. They do the domestic work that women pursuing a career don’t have time to do anymore, but they do not benefit from the same labour rights – as working in other people’s home is not considered work. The ILO passed the Convention 189 on the rights of domestic workers, giving them labour rights. Brazil was the first country to ratify it, while Norway and other Nordic countries have failed to recognise domestic work as work and there by the fundamental labour rights of these women.

– These global domestic workers are mostly racialised women and face multi-dimensional discrimination. Thousands of racialised women residing in the Nordic countries struggle every day to gain access to the labour market, but are excluded due to racism. The sexist racist discrimination force many women to remain financially dependent on their husbands, Ms. Salimi comments.

Swedish researcher Soheyla Yazdanpanah drew attention to the division of the labour market into productive and reproductive work, the latter referring to the task of taking care of other people’s needs, bringing up children, domestic work, health and social care.

– Reproductive work is grossly undervalued and has historically been the domain of women, in such way that it is considered “natural” for women to take up this responsibility, the researcher explained. She stressed that not only does the labour division marginalise women, it also marginalises reproductive work and the possibility of creating a just and sustainable society. Ms. Fakhra Salimi shares this perception.

– Racialised women are over represented within care work, which is low paid and often not valued as other work. We must demand higher wages for care work and also wages for the reproductive work women traditionally do at home.

One measure to promote equal payment presented at the Forum by Ms. Maríanna Traustadóttir, was the Icelandic Equal Pay Standard. The voluntary standard was introduced in Iceland late 2012, and encourages institutions and enterprises to implement equality. As they accomplish the standard, the institutions receive a certificate and may market their business and products as “equal pay”.

Ms. Fakhra Salimi finds this Icelandic model very positive and expects it to contribute to the equal pay for racialised women and domestic workers as well.

In order to push and accelerate the development of a sustainable society of multi-dimensional equality and justice, the MiRA Resource Centre encourage the Norwegian government – and the governments of all the Nordic countries – to take action.

1. Sign and ratify the ILO convention 189 on Domestic Workers

$1  2. Adapt and implement the Icelandic model of Equal Pay Standard

$1  3. Take action to equate the value of reproductive work